Set in the South of England, Southampton already was an important trading port for Salisbury and Winchester in the early middle ages. Long before the rise of London as the metropolis of the British Empire. The importance of Southampton rose as the shipping companies Cunard and White Star Line chose the city’s harbor as the centre for their world wide cruise activities in the beginning of the 20th century. With its easy access to London, Southampton is a good opportunity for any cruise passenger embarking or disembarking.

Southampton itself is worth a visit, but also trips to Stonehenge, Salisbury, Windsor – the place where Prince Harry and Meghan Markle gave the nod – and especially the British metropolis of London are very popular. That’s what we’re going to focus on in this article. We’ll give you tips on how to get from Southampton to London and what you shouldn’t miss there.

What is the best way from Southampton to London ?

There are several options: But the fastest and easiest way from Southampton to London is by train. The train station of Southampton is very close to the port, which can be reached by foot, more conveniently by taking the cab or stepping into the bus shuttle. A day ticket for the train ride including the use of public transport in London currently costs about 50 euros per person. Traveling by train will take you about one and a half hour, the stop in London is at ‘Waterloo Station’. From this station it is possible to reach all the necessary subways or buses that will take you to the most beautiful and popular sights in London.

As an alternative, you can take the bus directly from Southampton to London – for example the National Express. – Costs per ticket are just about 8 euros per person per way. But for this ride you will need about two and a half hours, wich is one more hour then taking the train.

It is up to you: Whether you pay more, travel faster and have a longer stop in London or you pay less but you will not get that large time space exploring the city. 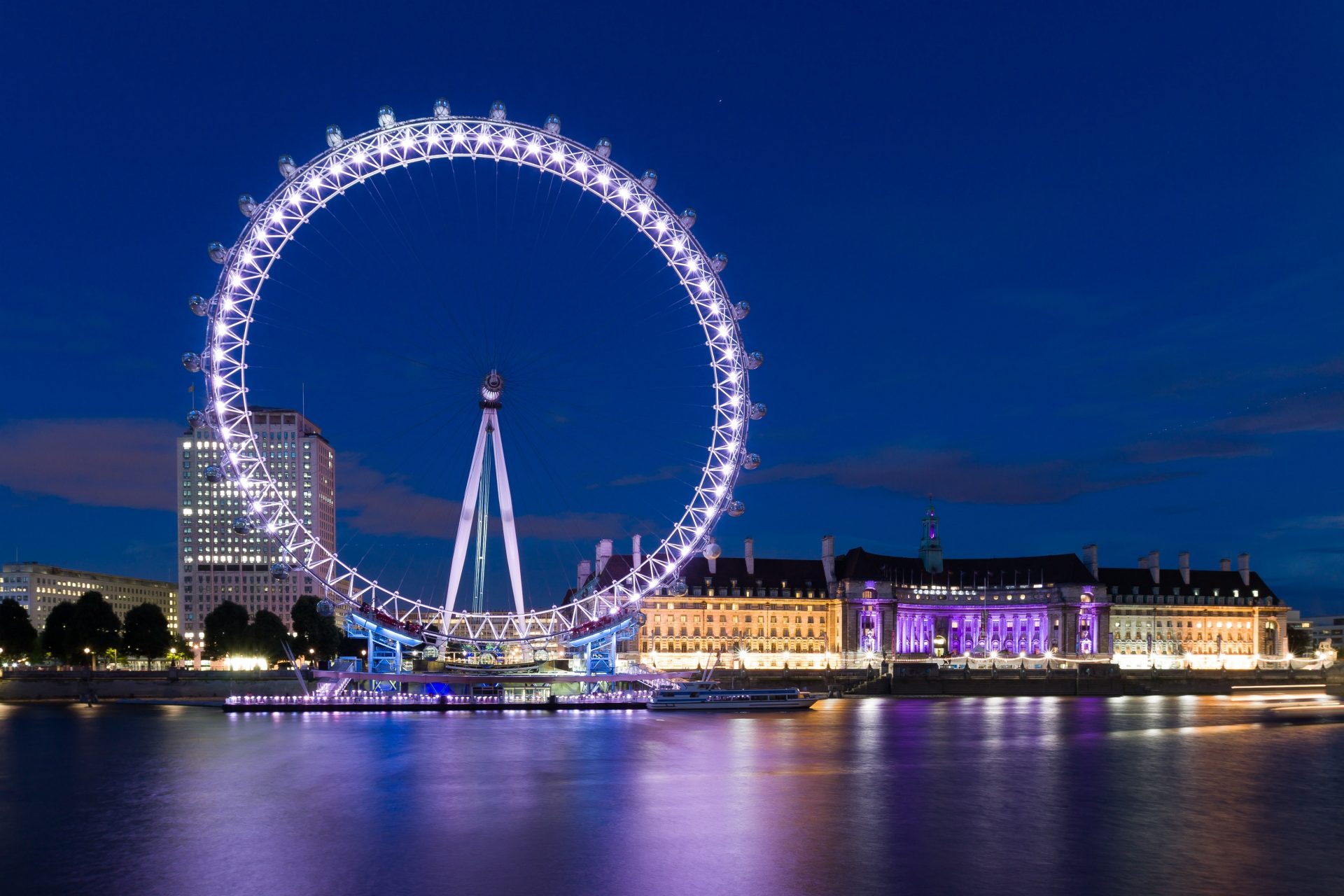 The London Eye at night

London – a city of superlatives. Not only the capital of England, furthermore it is considered as one of the trendiest and most impressive cities in the world. Located in the south of the British Isles and its 9 Million inhabitants, London is the largest city in Europe. On the one hand side you got Concerts, Food Markets, Clubs and Pubs, but also on the other hand side you got the famous Changing of the Guard at Buckingham Palace, Westminster Abbey and the Tower Bridge. A city between tradition and modernity – A Hughe selection of Musicals and Theaters, more than 200 museums, ten parks and a Shopping-paradise in the city center. Additionally London has become a true gourmet temple.

With its cultural traditional past and modern dynamic present, London offers every visitor a variety of incentives: Boredom excluded! 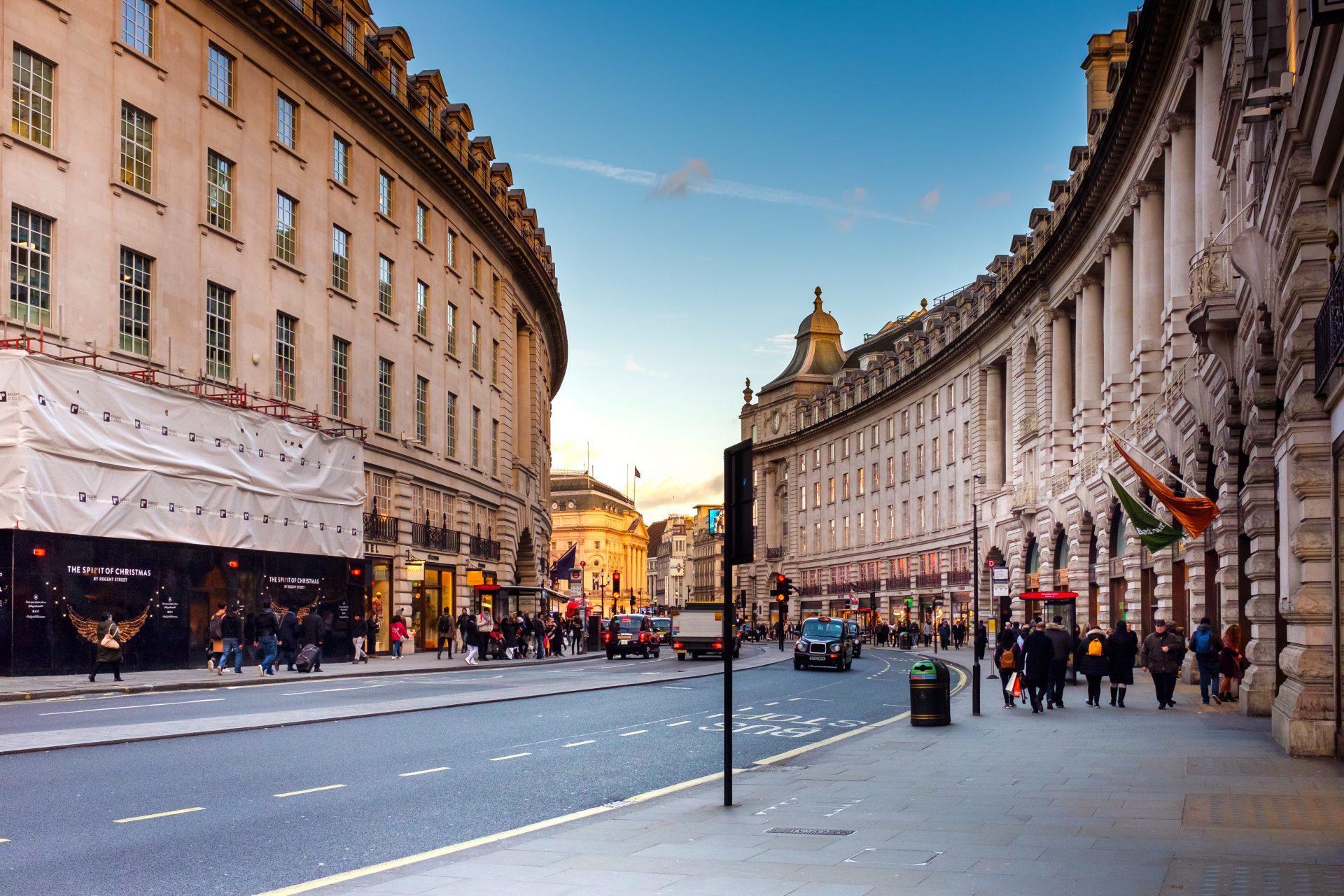 A typical spot of London

London, the metropolis on the Thames

If you can schedule it, you should spend a few days in the British capital before or after your cruise. Whether as a first-time visitor or a repeat offender, there will be a surprise every time you visit London. If you’ve never been to the city you should definitely check out popular sights such as Piccadilly Circus, Tower Bridge, Big Ben, Buckingham Palace and Westminster Abbey. Anyone who has been to London more often and already know the most important highlights should take the time for the districts Shoreditch, Camden and East London. Here you will get the best impressions of the Megalopolis like small shops, markets, great cafes, bars, restaurants, boutiques and everything your heart desires.

We have put together a walk for all first time visitors for a perfect day in London. 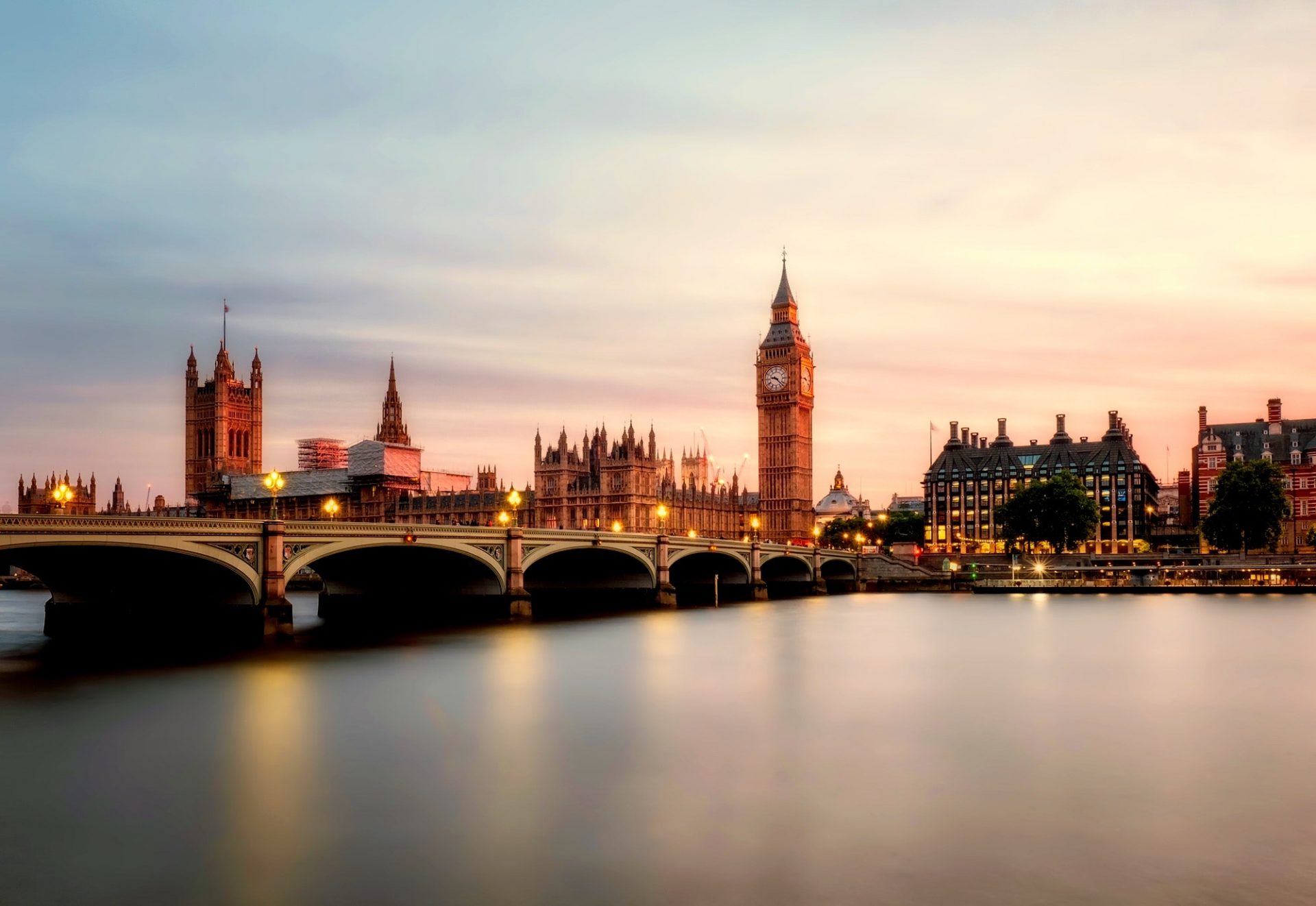 The perfect day in London for first time visitors.

The public transport network is very well developed in the city of London. Taking the tube or the bus is the quickest way to get to every place you want. But obviously the most beautiful way to explore the city is by foot.

Your tour starts in the very center of Piccadilly Circus. The name is deceptive: There are no acrobats or trained elephants to be seen, but it is simply a busy street knot in the center of London. This place is especially famous for oversized video walls and neon signs and the Eros fountain in the middle of the square. Also, the Piccadilly Circus is a popular hangout and starting point for shopping along Regent Street, walks towards Covent Garden or Trafalgar Square. And this is exactly where the tour continues. Trafalgar Square is a public square in the heart of London with a 50-meter-high Victory Column – Nelson’s Column – guarded by four large, lying lions. Named after the Battle of Trafalgar, today the place is a place for celebrations, protests, events and art.

Your tour will take you past 10 Downing Street, the official residence and office of the British Prime Minister. Maybe you are lucky enough and Theresa May is just coming back from a parliamentary or a foreign visit. Who knows?

Your next destination is nothing less than the large, imposing clock tower on the banks of the Thames: We’re talking about the Big Ben, one of the landmarks of London. Good-to-know: Actually, Big Ben is just the name of the heaviest bell in the tower and not the name of the entire tower. The towers total height is about 96 meters  and is unfortunately not accessible to tourists.

On top of the London Eye

If you want to see London from the top, then you can make a short detour via Westminster Bridge to the other side of the Thames. This is where the London Eye is placed. With its height of 135 meters it is the highest Ferris wheel in Europe and offers unsurpassed views of the British capital. 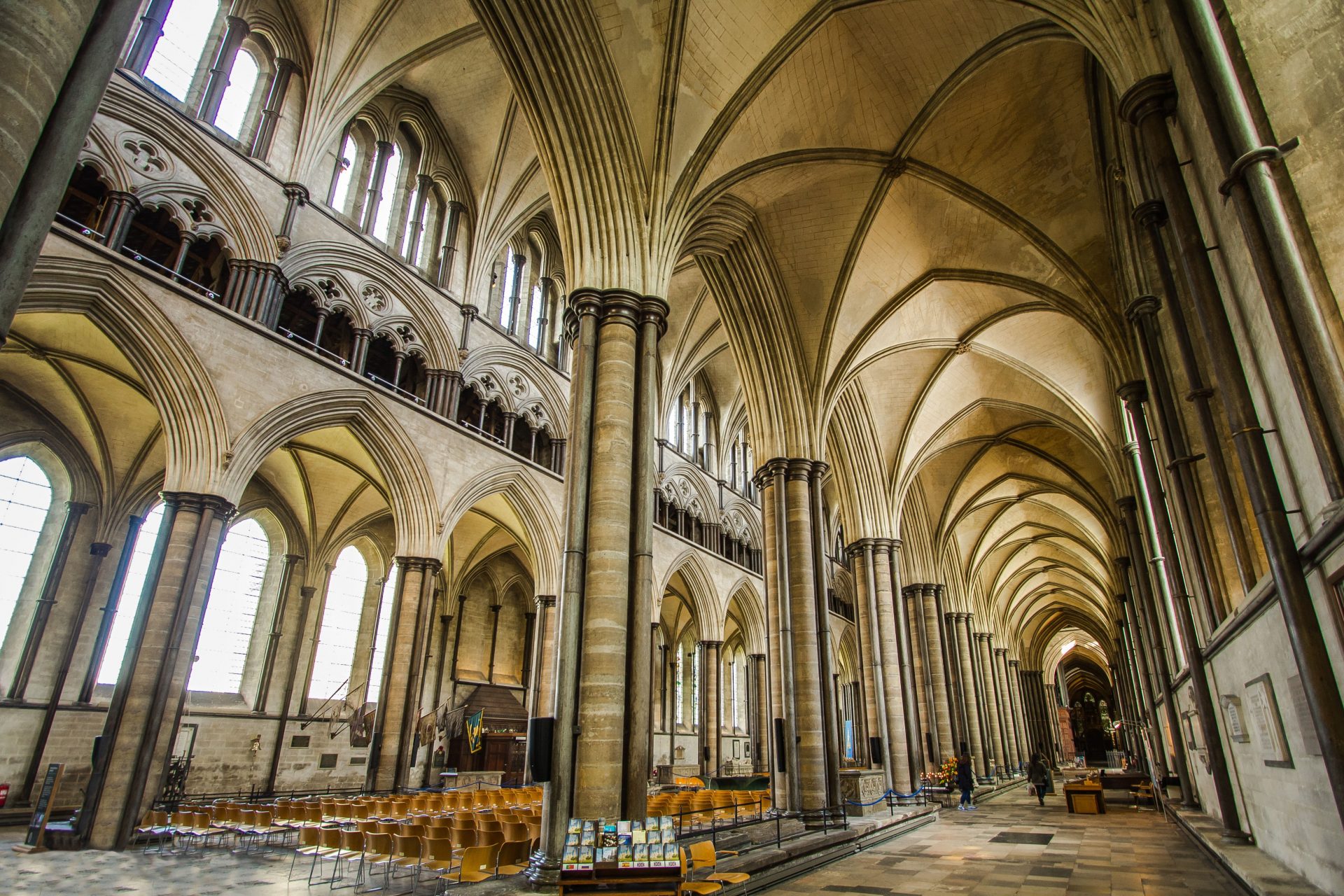 Impressions from the inside of Westmister Abbey

The tour continues towards Westminster Abbey. The gothic church is one of the most important buildings in British history and simply a must see for all London visitors – whether Royal fans or not. It has served as the coronation church since the 11th Century and several weddings have been organized here. Among other things, the wedding of Prince William and his Kate in 2011. It was also the site of the burial of Lady Diana in 1997 and is a UNESCO World Heritage Site. With beautiful paintings, stained glass windows, other religious artifacts and as the home of one of Britain’s most important sculpture collections Westminster Abbey is absolutely worth a trip.

Through Buckingham Palace Gardens our tour continues to the Queen’s residence: The Buckingham Palace. Since 1837 it is the official residence of the British monarchy and serves as a venue for state receptions. Also known as the building itself are the Buckingham Palace Guards. Who does not know the men in their red uniforms and the bearskin cap which has become a London landmark and is now a tourist attraction of its own? 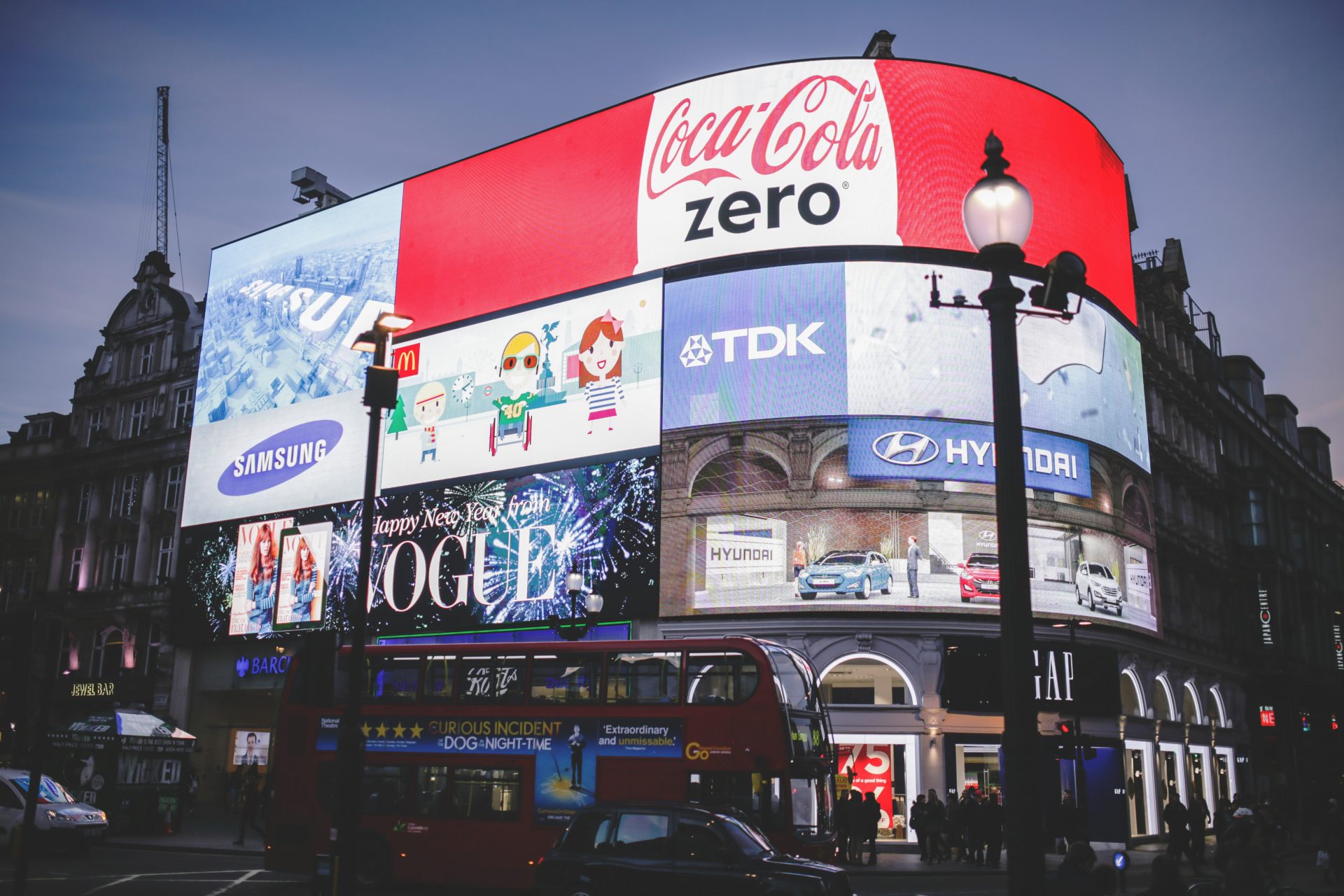 The Piccadilly Circus in London

Insider tips for connoisseurs of the city

However, a city of millions like London will not get bored even after your fourth, fifth or sixth visit. There are adventures hiding behind every corner, there are new shopping malls or a pubs just waiting to be found by real experts. I’d like to give you some insider tips that will make your stopover in London a little bit out of sights of the masses.

Marylebone has become a trend quarter in recent years. There are some of London’s best pubs and restaurants such as the Il Carpetto, the Carousell or the Clarette, but also some of the finest accommodations in the metropolis on the Thames. I recommend connecting your visit to Marylebone with a trip to the world-famous Madame Tussauds and then dining in one of London’s finest restaurants. 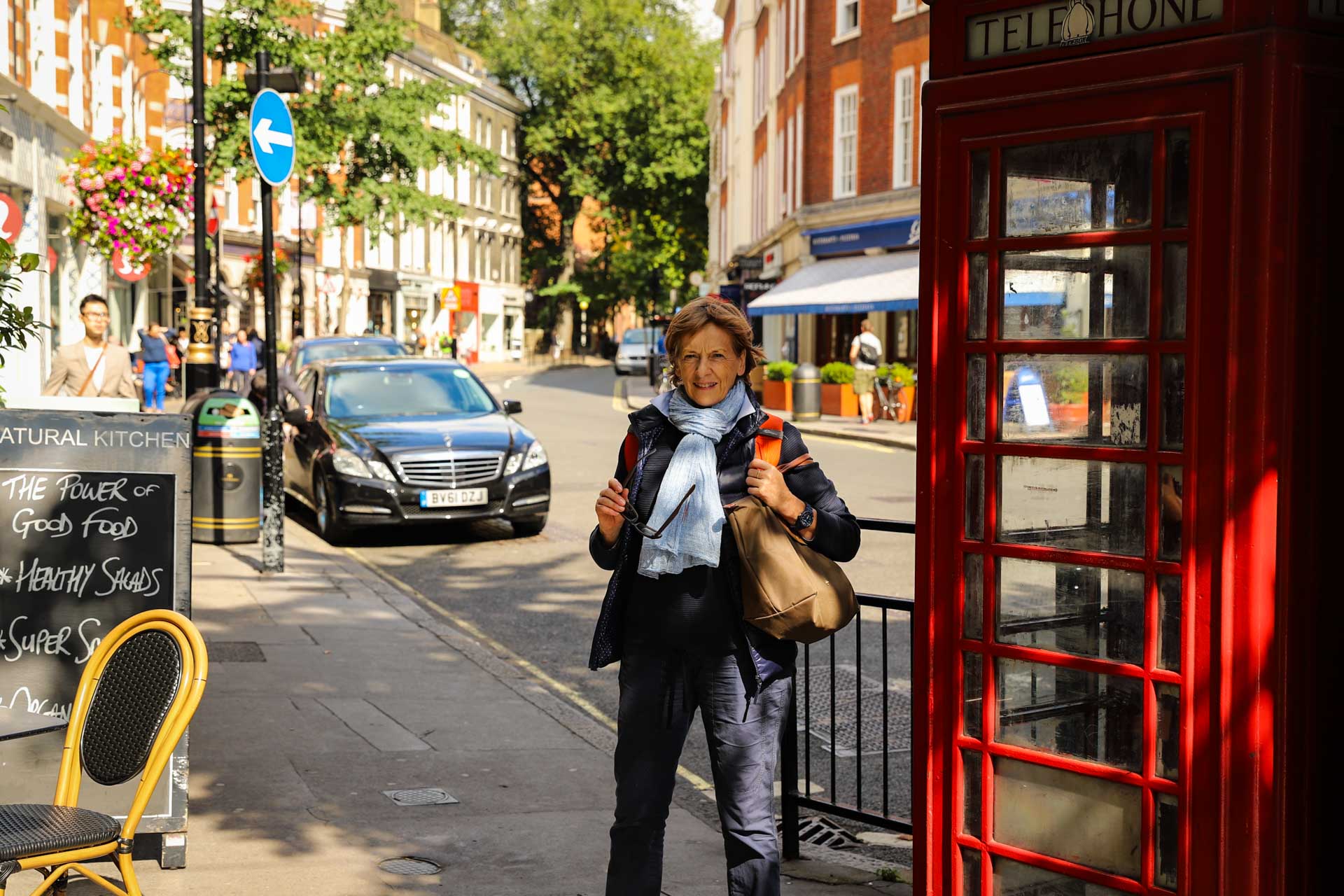 Phone box in the district of Marylebone

A public concert at Covent Garden

A very special highlight that many London tourists do not even know about is live music at Covent Garden. Here occurs a large part of London’s street art scene and the artists gathering to prove their talents. You will find plenty of small cafes in this area, some are elaborately themed decorated and a variety of shops offer different shopping options. The Covent Garden is located on the eastern edge of the West End district and is easily accessible by public transport.

You will get an outstanding english-history-vibe while walking through the covered Leadenhall Market on Gracechurch Street in the City of London. The famous market was founded in 1313. Since then the market gained publicity because of scenes like the Diagon Alley, which is placed in the Harry Potter movies. But not only Potter-Heads should visit this sight. 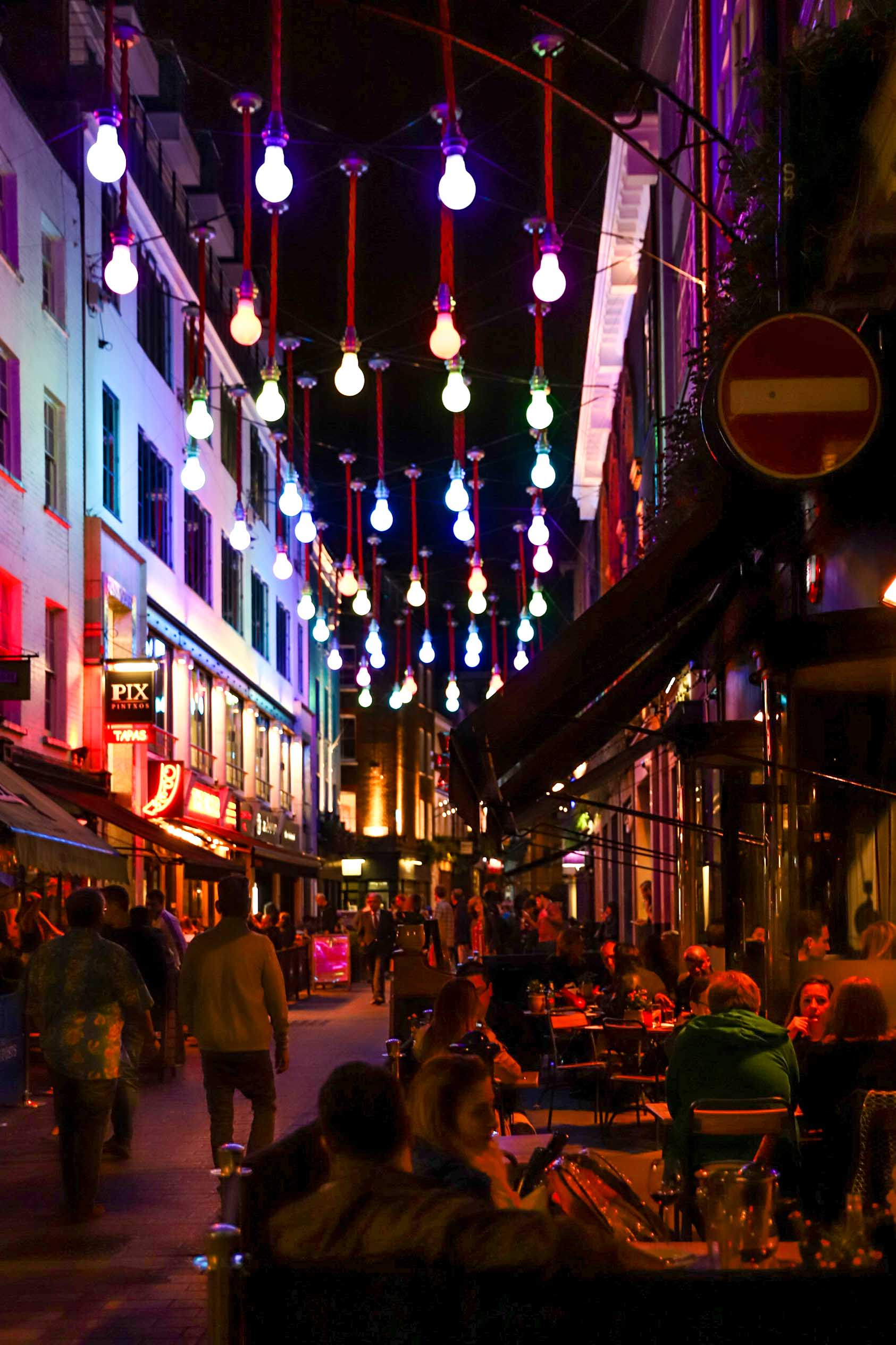 Last but not least, we’ll give you some helpful tips to make your stay in London easier.

If you are traveling  from Germany, Austria or Switzerland you have to reset the clock by exactly one hour. The changeover will not bother you, jetlag will definitely stay off. Just enjoy an extra hour in London.

Let’s be honest: Who of you did not forget the right adapter on a trip? In many European countries you can confidently use the normal plugs. But not in England! Although the mains voltage is 230 volts, as in Germany, the type of plug differs. Electric devices in the UK use a three-pin plug. Although continental plugs are already available in many hotels, do not rely on them and bring your own adapter with you. Better safe than sorry! 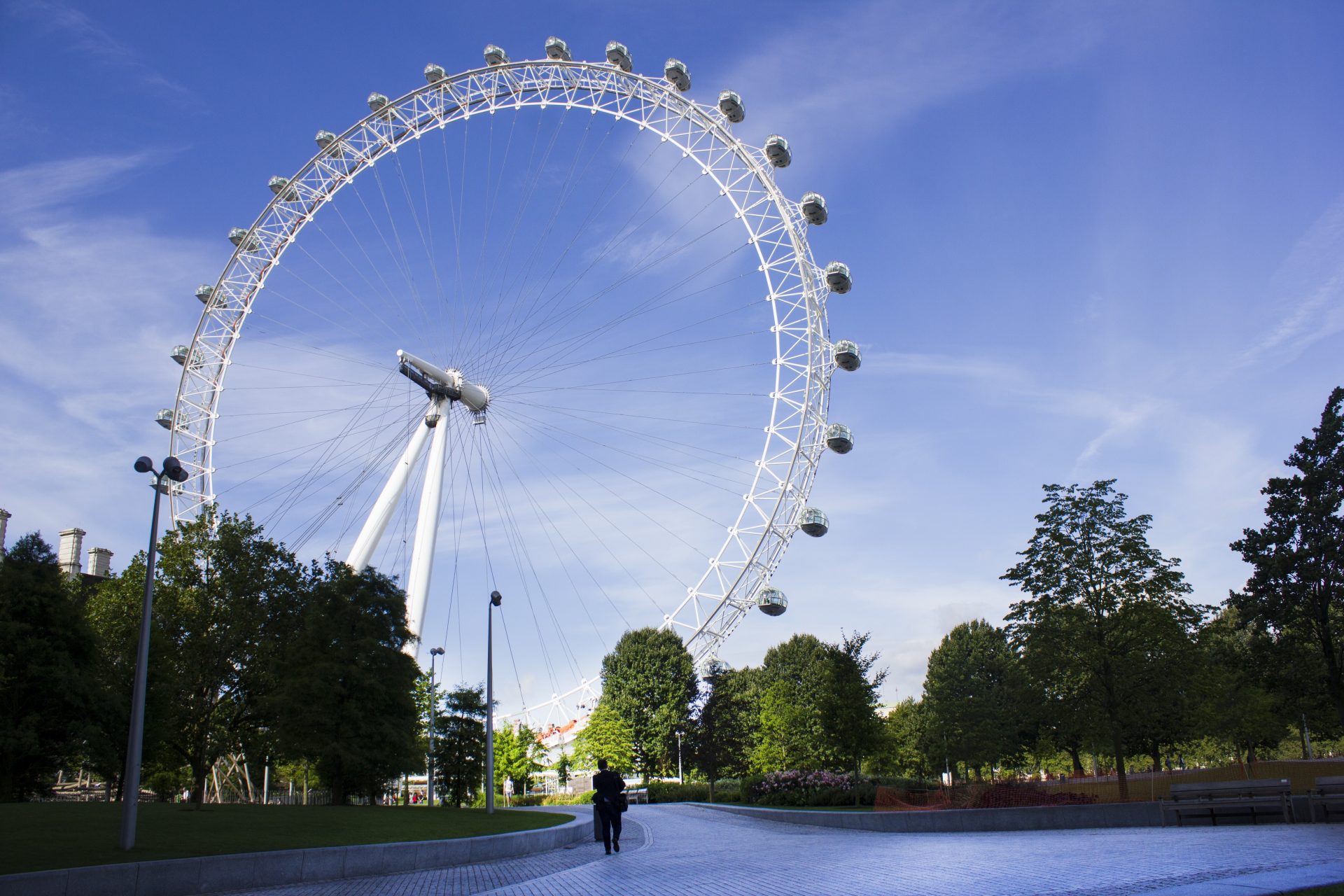 The London Eye, an emblem of London

Although this card has been around for a long time, many London visitors do not know it yet. Until now. The Oyster Card is a credit card sized, rechargeable smartcard that allows you to fully enjoy all the public transport in London. And it is even cheaper than the regular fare: A ride in central London usually costs £ 4.90, with the Oyster Card only £ 2.40. And no matter how many trips you make per day, you never pay more than £ 6.80 in the center. The ticket and discount card are available at all ticket machines or online in advance. Worth knowing: The name of the card deduce from none other than William Shakespeare. In his play “The Merry Wives of Windsor” comes namely the sentence “The world is your oyster!“. 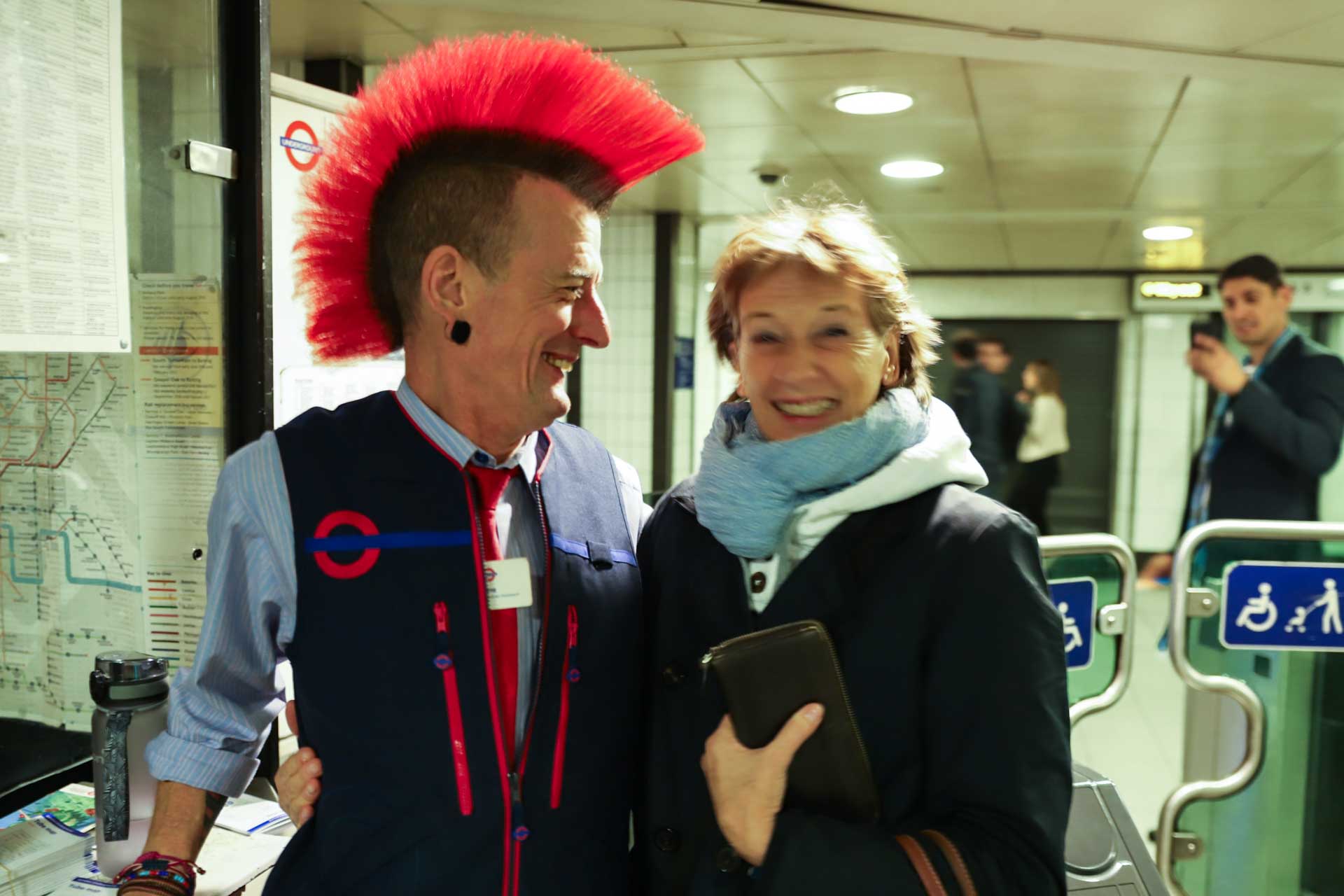 You could always meet friendly people in the city of London

If you plan to visit many museums and attractions during your stay in London, we recommend the London Pass. With it you get free admission to over 60 sightseeing spots and tours. The passport comes with a book that shows all the places covered by the London Pass. Another advantage: As the holder of the pass, you can use the so-called “fast lane” at many attractions and fortunately you do not have to queue for long. You can either buy the London Pass locally, pre-order online or – completely new – upload to your mobile phone. It could not be simpler!

If you have any further questions or would like to exercise constructive criticism, we look forward to your comments!