Last weekend we visited the British trend city London for a short trip, not only to be enchanted by its most beautiful sights like the Big Ben or the London Eye, but also to get spoiled with culinary delights. Let us tell you this much: The chefs of these restaurants succeeded in all respects!
As our accommodation was located in the heart of the Marylebone district between Hyde park and Regent’s Park we have made it our mission to take a closer look at lively district and to create a hotlist of the five best restaurants in London from the wide range of restaurants offered, which was a difficult decision for us. But read about it for yourself and, above all: test yourself!

The restaurant Il Baretto, opened in December 2008, extends between Marylebone High Street and the famous Baker Street. There you will find a great selection of Italian specialties such as pizza, noodles, seafood dishes, ravioli and bruschetta. Suitable in addition, selected wines round off the delicious food of the small, but much cozier restaurant. However, in Premier League football matches the restaurant may transform into an emotional witch’s cauldron, as Englishmen, especially those with Italian roots, love to cheer with their team in front of the big screen. When the weather is good, seating option in front of the building will invite you to enjoy the Italian specialties outdoors while enjoying the British sun. We particularly like the elegant, London-style external facade, which alone is worth a visit, the simple design inside the restaurant, which gives it a very special flair, and the perfectly flavored pasta. 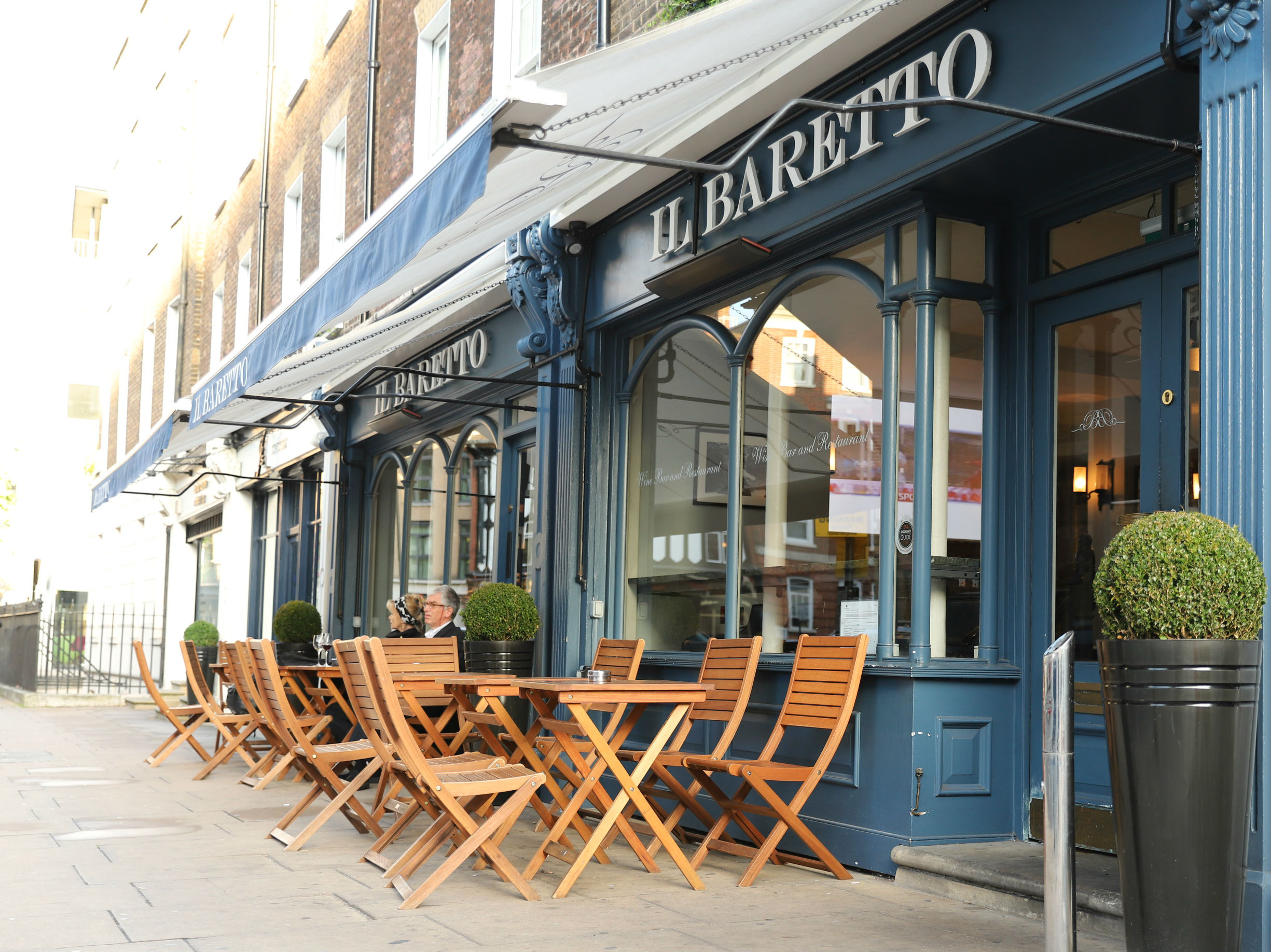 For those who enjoy eating Indian cuisine just like we do, we can warmly recommend the restaurant Bombayrotti. Located just few steps from Il Baretto in the Baker Street, it reminds of the colorful streets of the former Bombay with its many picture frames, the moped as a cool alternative of a seat and the old bicycle hanging freely from the ceiling. In Indian ambience, you will enjoy delicious wraps, pizzas and burritos, which are produced according to original Indian recipes using fresh ingredients and taste delicious. An absolute must for all India fans during a trip to the British metropolitan city! 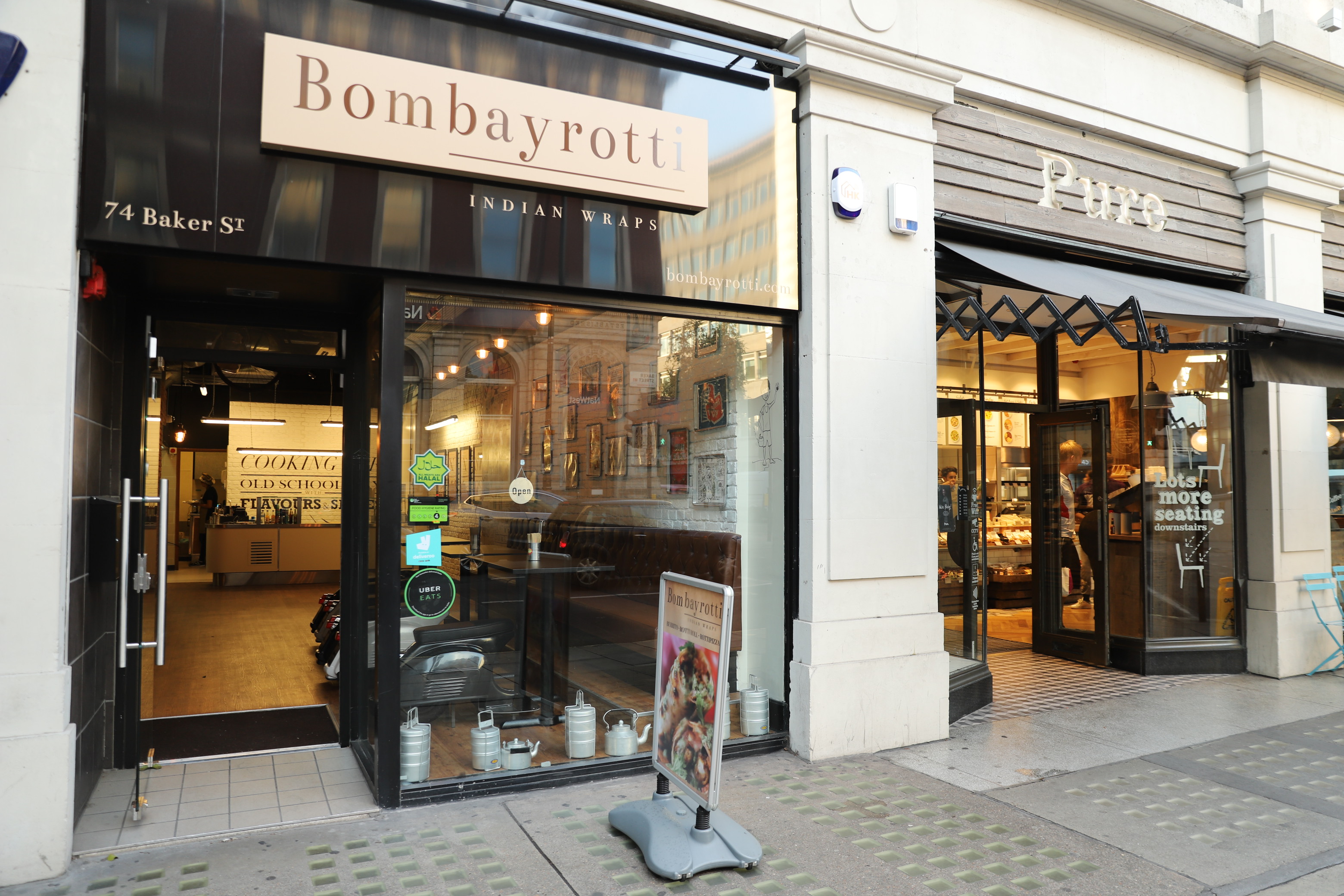 Our next insider tip lives up to its name because it includes not only a pleasant atmosphere in a relaxed environment, but also the exciting interplay of a constant turning and change like a carousel: behind the London restaurant Carousel is the great concept of weekly changing guest chefs, which conjure unique creations from fresh ingredients and thus ensure a successful change of culinary delights. Spread over two buildings with a total of five floors, the international-style restaurant offers first-class food and drink such as salad with pesto, shrimps, seashells and various meats. Thanks to the huge selection you are bound to find something you want! 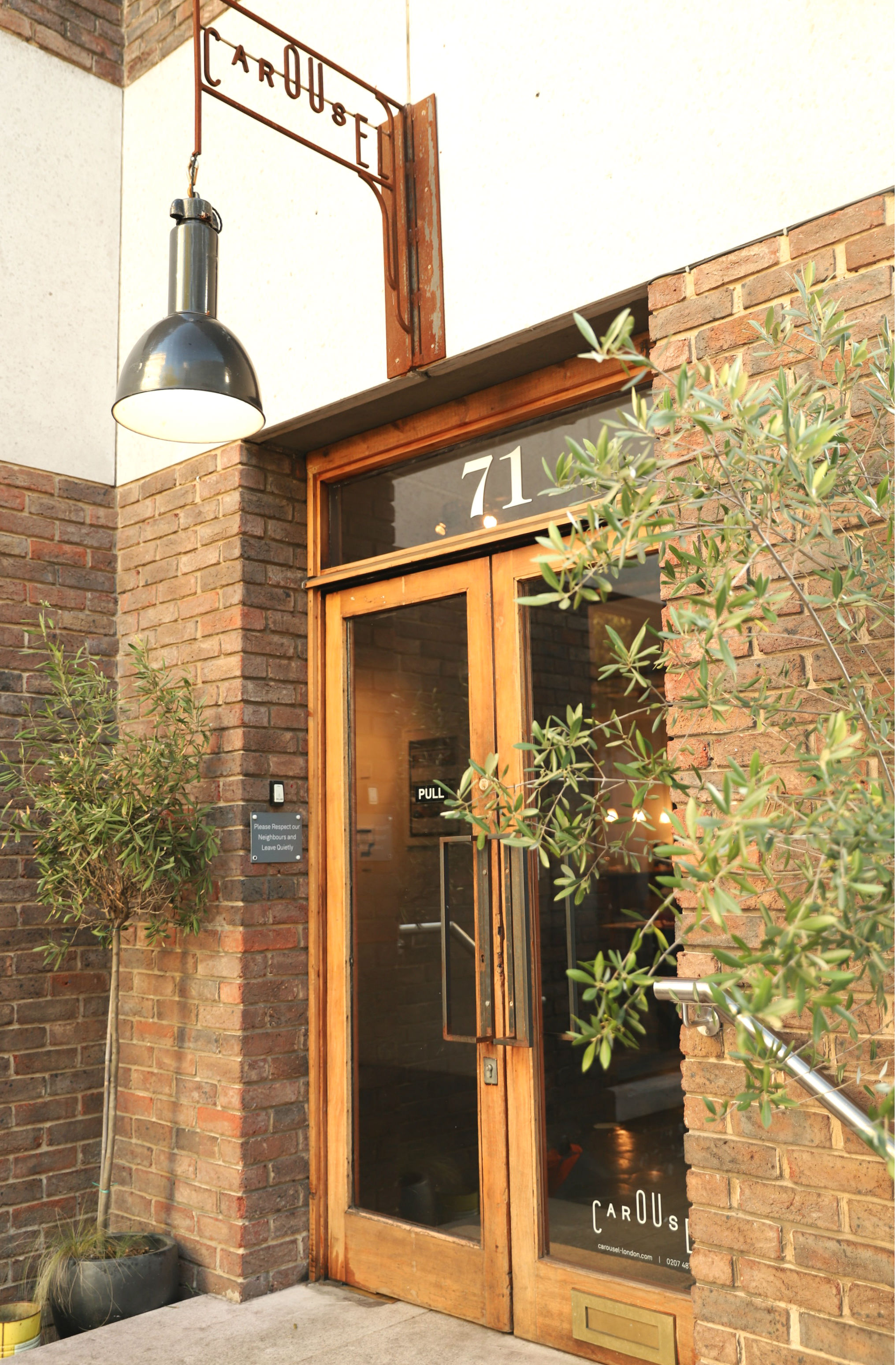 The entrance area of the restaurant Carousel in London 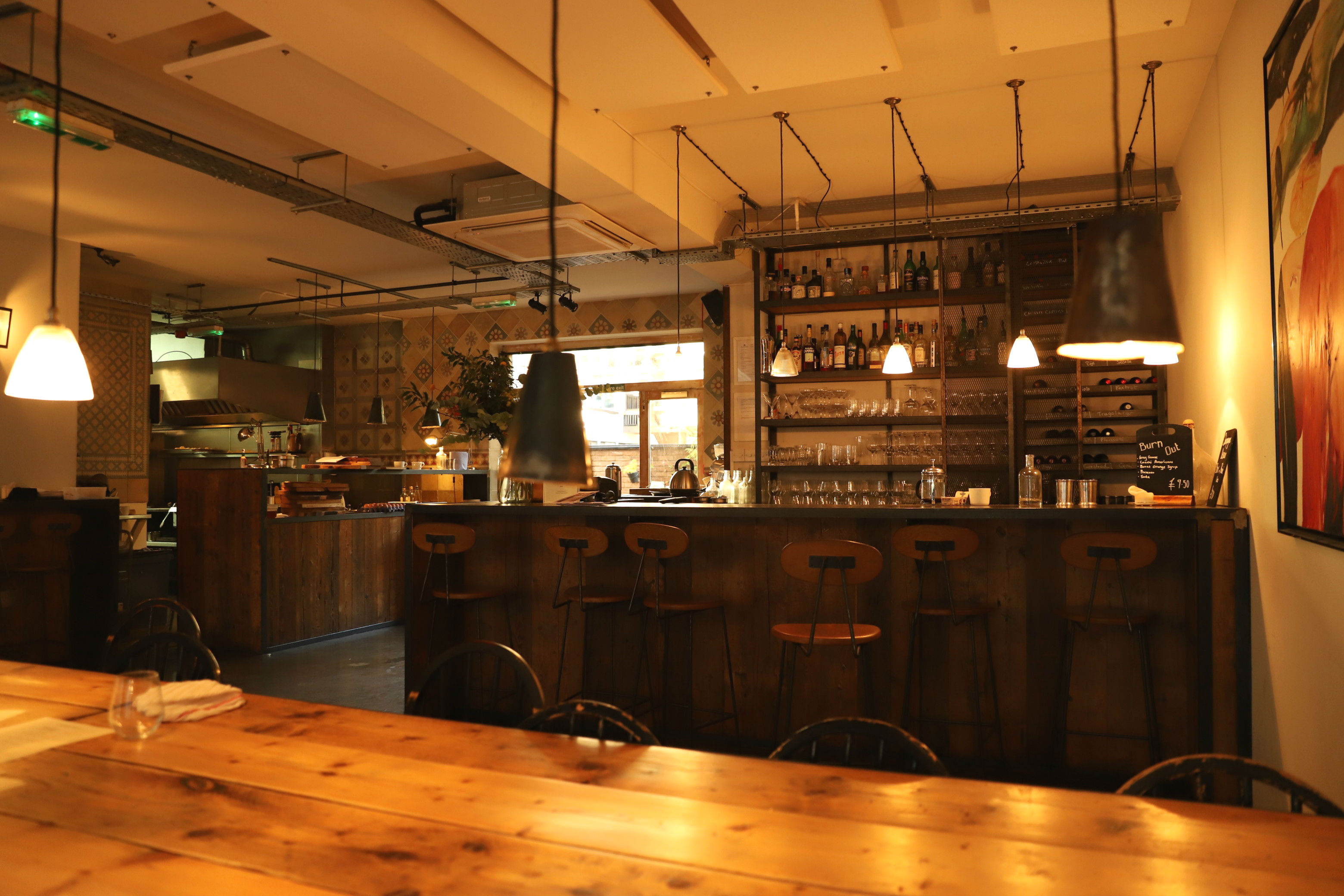 The cozy restaurant Carousel in London

Particularly wine lovers can realize their dreams in our next tip, as the restaurant had specialized in extraordinary wines and thus shows off for every taste with selected wines. We’re talking about the newly renovated, stylishly designed Clarette, which extends over three floors on the Blandford Street. The ground floor offers a stylish bar, a large shared table which invites to eat with friends, as well as several minor cozy tables with noble style. The first and second floors are perfect for enjoying a quit chat at the special restaurant flair with a good glass of wine. But we were particularly impressed by the beautiful outside terrace in front of the charming external facade. The perfect backdrop for a souvenir photo! 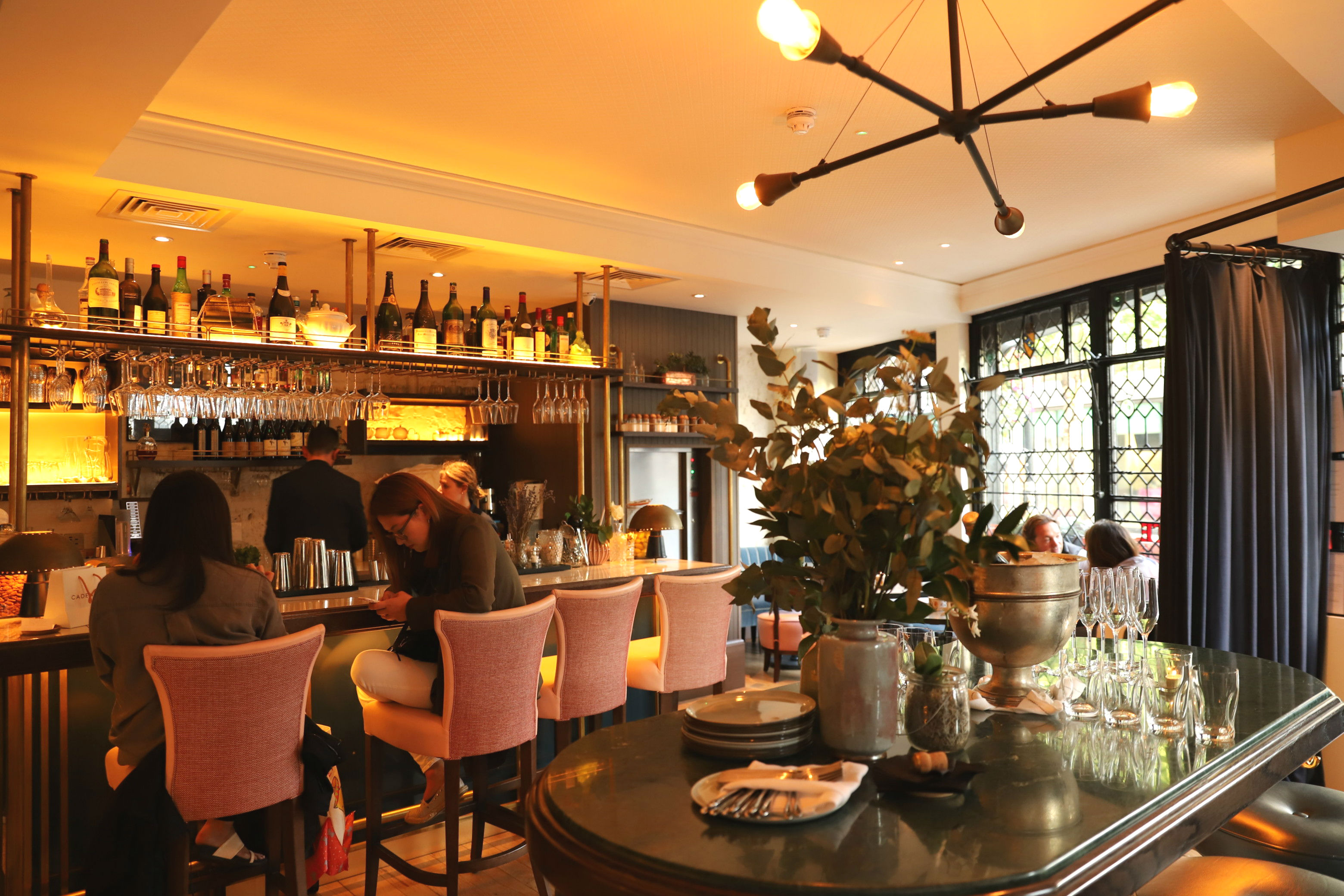 Last but not least the Nando’s restaurants. In general, there are three restaurants of this chain in London, but the one we’ve visited and found very tasty, is located on James Street in Marylebone. They offer a selection of foods from burgers, pitas, wraps and vegetarian dishes, but the Portuguese restaurant is mainly known for its grilled chicken dishes. Almost as soon as you enter, you will immediately feel teleported into another world, as you will be awaited by lively colors, colorful African designs, geometric patterns and a mix of old and new furnishings. We immediately felt comfortable, which is no wonder in the cozy atmosphere. Extra tip: Test the Portuguese ice cream Gelado, which is available in the flavors of coconut, mango, vanilla and chocolate. Simply Heavenly! 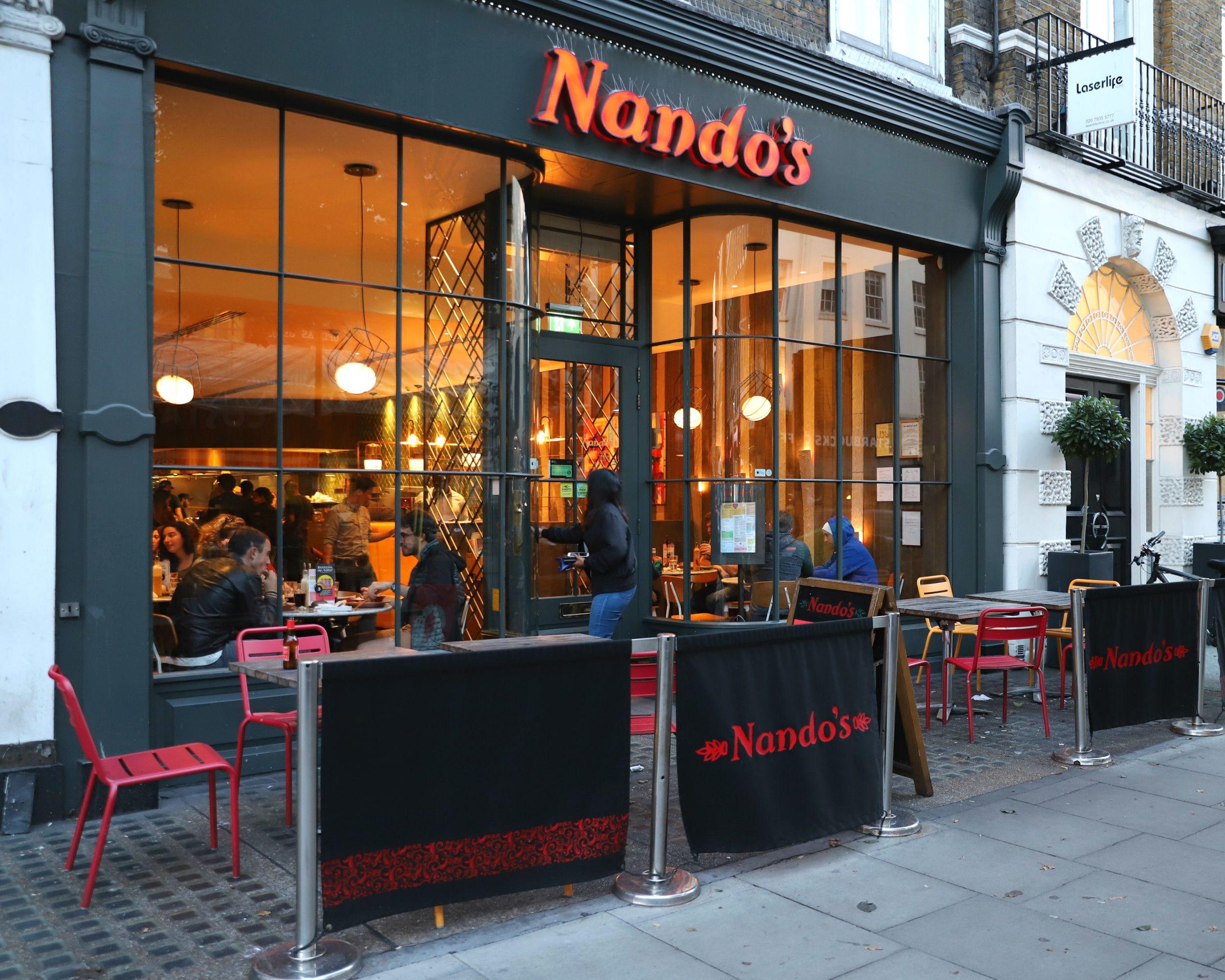 ps: In random conversations with guests in the places presented, more and more tips came up. “Be sure to visit the Australian Farm Girl Cafe in Notting Hill”. “The Ivy Chelsea Garden in the Kings Road is also an insider tip! Absolutely worth a visit”.

Have you ever been to one of the featured restaurants and did you like them as much as we did? Which London locations do you recommend? We are looking forward to your insider tips!