Lisbon – where the history of seafaring is omnipresent

Seafarers, pirates and the sea still attract me today as they did when I was younger (when I was in my bed under the blankets reading just about every book about pirates and adventurers I could with shining eyes and a sense of excitement). 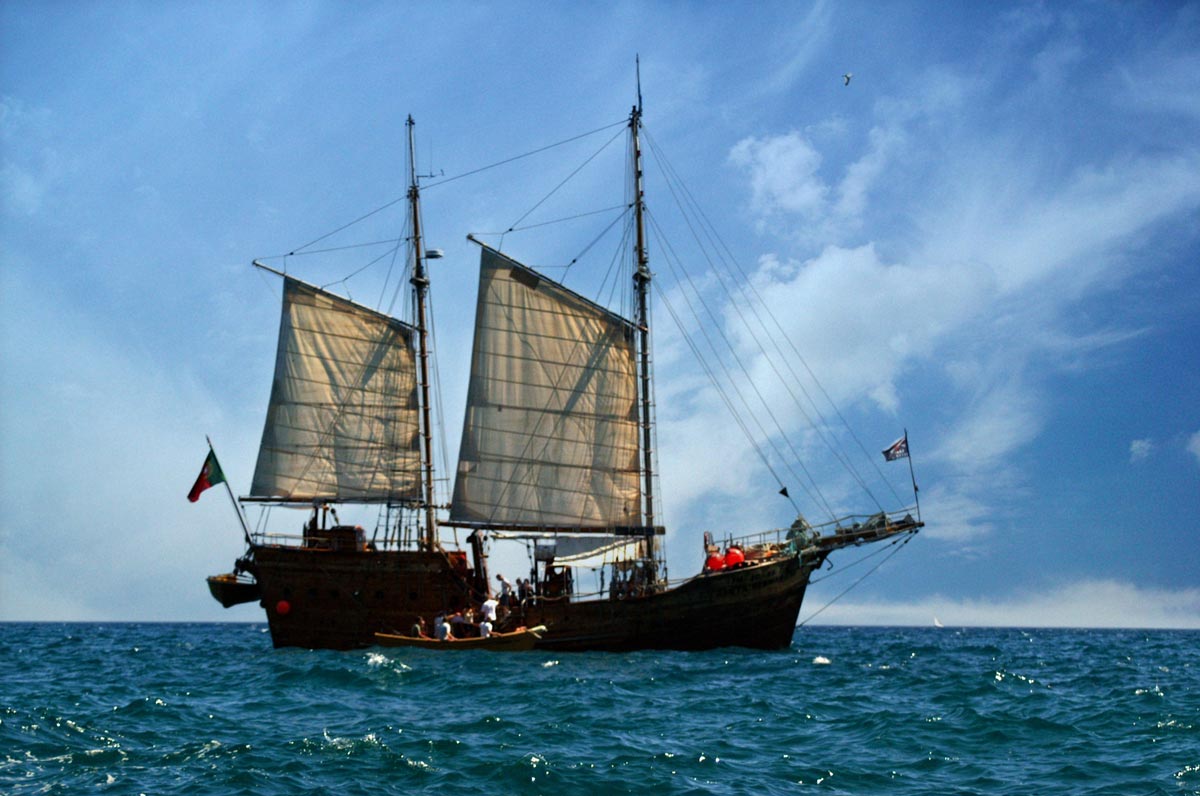 A pirate-ship near the Algarve, Portugal

Lisbon combines a lot of historical events, people and legends with its millennia old history; it’s the city of famous pirates and world adventurers

First the Phoenicians, followed by the Romans and lastly the Muslim Moors. All wanted to conquer Lisbon. But why? On one hand, the city is located at the sea with a very protected harbour. On the other hand, Lisbon has always belonged to the most magnificent trade and harbour cities of past epochs. Heinrich, the seafarer, Bartolomeu Dias, Vasco de Gama and Pedro Alwarez Cabral are considerable seafarers from Lisbon and its surrounding areas. But there are more reasons why Lisbon, the Portuguese capital, is worth visiting. With dozens of impressive monuments and memorials, Lisbon managed to become one of my favourite cities. The monastery “Mosteiro dos Jerónimos” for example, or the landmark of the city “Torre de Belém” (our cover picture), a lighthouse which was built in the midst of the river Tejo and was used until the 19th century as a prison and arsenal, are both worthy of being seen. Lastly Lisbon’s location atop of seven hills offers travellers a truly unique and fantastic view of the city. 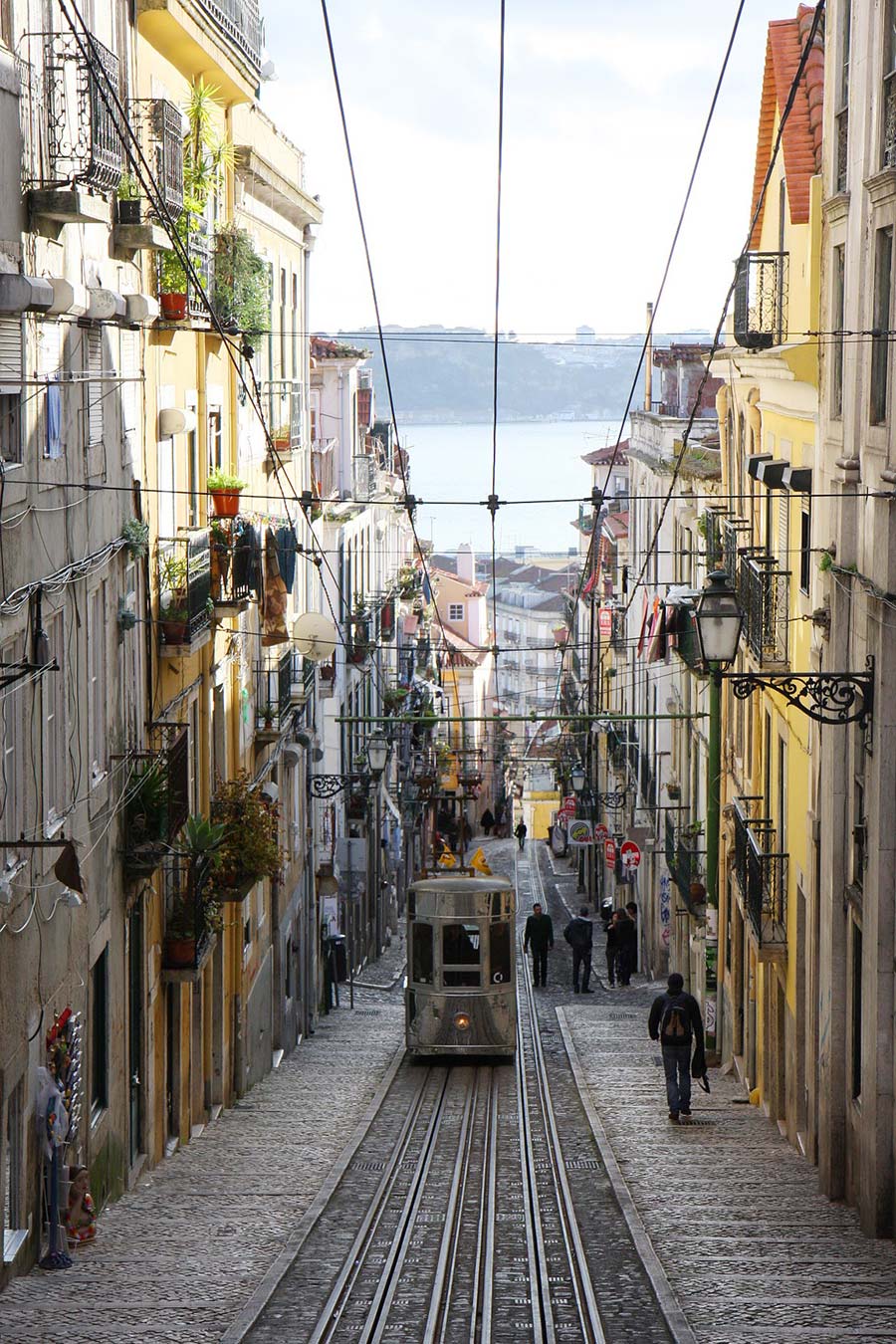 Of seafarers, pirates and ships

Around 500 years ago Vasco da Gama discovered the sea route to India and thus became the first adventurer who has sailed all the way around Africa, in order to establish a trading route that would provide Lisbon with more goods and wealth. As a result, Lisbon became a seafaring metropolis but always stood in fierce competition with Spain and England, even until modern times. Another famous child of Lisbon was Pedro Álvares Cabral who discovered Brazil at around 1500 with his fleet. Back then, Lisbon was striving. Of course, richness and brilliance also attracted pirates and outlaws. Fully loaded trading ships were a welcome sight for pirates back in the days and even today the Portuguese frigate “Vasco da Gama” offers a physical escort to guarantee a security to the trading ships passing through Lisbon. By the way: The Portuguese warship is also the flagship of the EU operation Atlanta. Pirates are not a relic of old times though, even today they present a true hazard to seafaring crews. Pirates are not only an issue at the Horn of Africa but also in the Chinese see in the east. Not only at the Horn of Arica the cruise companies have problems with pirates. Also in the China Sea or in the west of Africa ships are threatened by pirates. Thanks to modern technological advancements, it has become much easier to keep track of pirates around the globe though.

Back in the old times that was very different though, which is proven by the frigate „Dom Fernando II e Glória”. You can find it as a museum ship in the harbour of Lisbon today. Between the years 1845 and 1878 the ship was used as a heavily armed escort ship for the Portuguese trade fleet between Portugal and the Portuguese Indian colonies. With 50 canons on board, this frigate was a feared military dominance and the name alone managed to scare away some of the less brave pirates. The Dom Fernando II e Glória was part of the EXPO 1998 in Lisbon as an exhibited object. This was a unique experience for all fans of the seafarer’s history to see this ship in its full glory with all its equipment. I was also touched of its charm and aura when I have seen it for the first time!

As previously mentioned, Lisbon is located on hills and thus venturing the city means a a continuous up and down along roads and alleys. No wonder that the city’s tram lines are the primary means of transport in Lisbon. The dusty yet charming wagons are truly a nostalgic eye-catcher, by reminding me of old tram waggons from the DDR period in Germany. Sometimes when the trams pass through narrows alleys, you can get a glimpse of Portuguese life by taking a peek into the apartments of the locals. Really a special experience! By the way, Lisbon also has a very special elevator from the lower town up into the upper town called the “Elevador de Santa Justa”. Personally I prefer riding the cute, old trams across the city though. 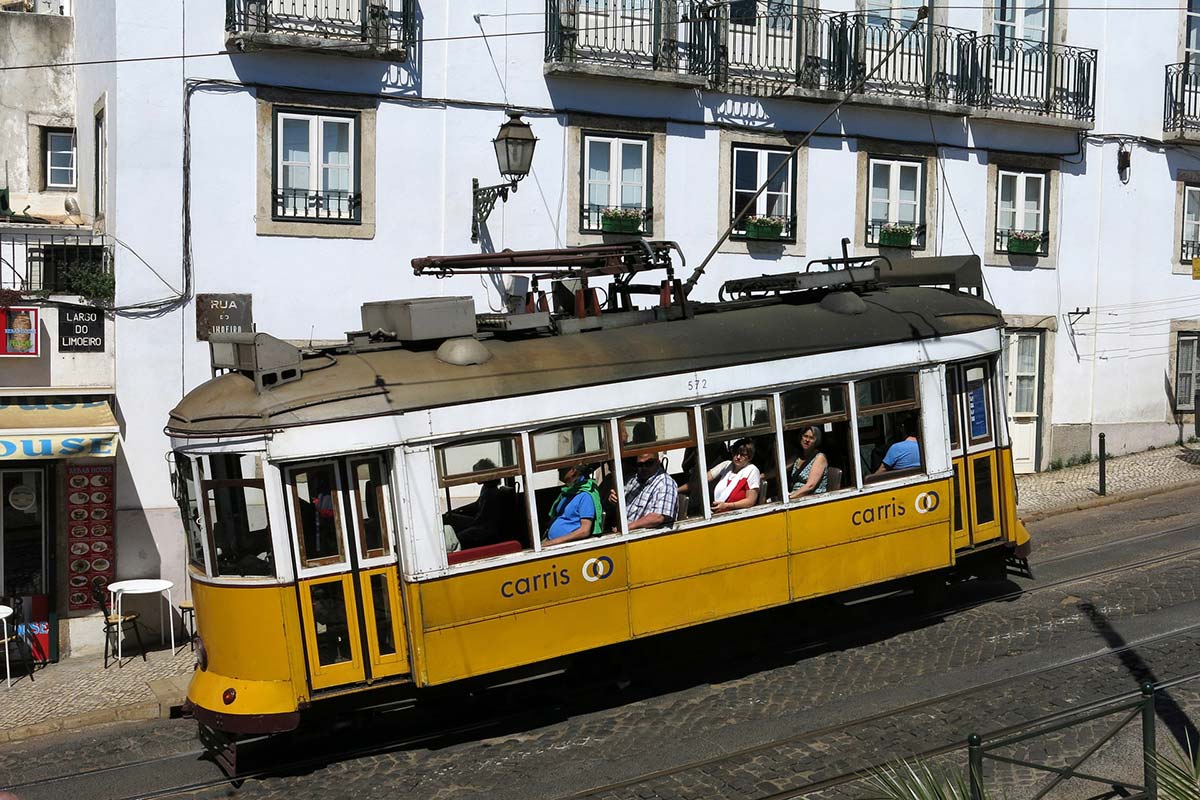 A one week journey to Lisbon

If you’re thinking: “Wow, I really need to go to Lisbon!”, I have great news for you: I found a fantastic 8-day journey which includes all – if not most – of the places I described in this post. Additionally the trip takes you to a traditional tile-factory, where you can paint and design your own decorative tiles.

In case you haven’t had enough of Lisbon or want to prepare yourself for the best Lisbon experience possible, I found some great travel guides for you on Amazon